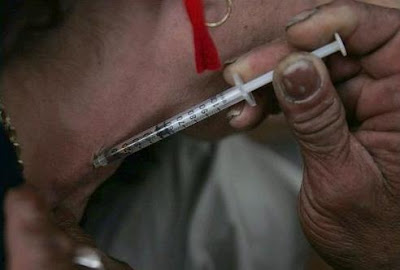 [Photo by Francine Orr, L.A. Times] Last night some dude told me the Rosslyn Lofts used to be under the police custody because there were too many people smuggling drugs and committing crimes. The security guard of that building at that time also told me how much of a hell it was when he was working there. He also said there’re times in the past the police would actually push people to some of those hotels to do drugs so they didn’t have to do it in the streets.

I’m thinking Edith, Billie Holiday, many people and I all have lived in these hotels at certain point of our lives. I can even feel them in the air. Yes, I can. They talk to me every night through the night breezes when I get home. The suffering spirits and myself are all neighbors.

When you hear Edith’s singing, when she lounged that “Quand…”, it was like there was an enormous stomach of air from men that used her, hurt her then left her she breathed out although she’s only 4’8”. She had never experienced the happiness the woman in the song was having about meeting the man of her dream and spending her life with him. That was only a fallacy. For a woman in despair, singing about perfect love is definitely a torture to her soul. No wonder she had to shoot morphine.

I read one of Billie’s greatest performances was her recording of I’m a Fool to Want You. She came out from the studio red-eyed, and her version became so unquestionably the best. It’s natural. Just the pain from being raped, prostituting then being duped by some aholes again and again already exceeded the quest for the love that was never available to the woman in the song. Of course she’s the best. You tell me, who can handle so much pain without shooting heroin?

Even I am on the edge of contemplating death at some point because the idea of injection’s just plain scary. My skin happens to glow and feel supple. I’ll never get close to any needles. But as much as I know I will always live, I am tempted to die instantly sometimes. When the pain is too overwhelming, not just a bit of it, not just an abstract amount of it, but actually as much as it becomes enough to blow my consciousness up when I remember how I was looking at the models in MOCA, felt Grass-eater’s lips were just next to mine, slightly turned around, they touched and we smiled at each other like a couple. How he held my hand when we’re walking off Grand Avenue and he had to stop at the middle and kissed me on the lips. Then he whispered to me in the night air that it was unbelievable how much he felt from it just from kissing me. And now he is getting married to a woman that was always a girlfriend the entire time he was seeing me of which I was unaware. Of course I know such a scumbag is not worth my life. But the pain drowns me. I cannot breath. It blinds me. I cannot see. It crushes me. I’m in pieces. It’s almost like I can feel the pain all the junkies in these old buildings around me suffer now, the alive and the deceased all these years. I wish somebody can just shoot me.
Posted by .

My mother used to say that. Just shoot me. She also used to dance for the late great Billie Holliday.
she used to talk about her all of the time

And I know how she felt Walter.