See, I knew this's gonna happen. My first love finally came back to me!

What came in email today is a Facebook invitation from my inmate first love. Remember the inmate I talked about in I'm a psycho ex? He's the man dude! So after a number of friends tried then failed to get me into Facebook, here comes Inmatian's... Okay, you gotta admit a past love's Facebook invitation is a killer... I budged... I wanted to see how he was doing so badly... Who doesn't? So I registered and went through the whole nine yards... So finally, I saw a picture of him...!

Um, I don't know how that happened. But apparently he changed. I mean, he changed A LOT! He was originaly a Jamaican British guy. Now, maybe Michael Jackson's surgeon volunteered for Médecins Sans Frontières in a grade school in some small town in North U.K.? He looks white! Not only that he looks white, he looks like he eats grass! I cannot believe what a good job they have done on his face! The eyes, the lips, the face, the shape of his arm, for some reason, look exactly like somebody's I saw not long ago! That's just so strange! Do they have Famima in York too? The way he spoke the words of sweetness to me, the way he looked me in his eyes, the way he held me in his arms and tasted my lips that wanted to be kissed, that toxicating scent of a man that I was supposed to kiss him on his crotch... Aw, no, I mean kick him on his crotch... 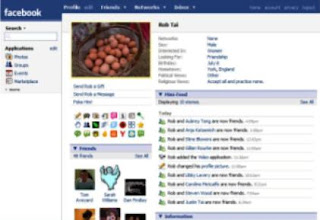 Did another man added me instead of Inmatian? All I saw on my first love's profile were a man and some grass! Come on, that couldn't be true... How could it be possible that these two men now look so alike? There must be some problem with my eyes tonight... Seriously, it's true. You think you ran away from everything all the way to the other side of the world, then you find the exact same "thing". It's in you. It's not elsewhere.

Inmatian "sent me a flower" on Facebook and said "Good to be in contact again!" Is it? Is it really good to be in contact again? So I saw his son's profile, his baby pictures and the room of his house he's renting out for students. Those things about his life he told that 22-year-old girl every night after work in her dorm room suddenly all came back from the drawer of the forgotten passion like a group of pigeons flying off the street when a car came... Wow... This is heavy... I was about to graduate from grad school that time. What happened to me? Oh okay I remember now. That shit. I bet if I look into his eyes right now, he'd still be just as fearless as when he cheated. We all have our own ways to not exactly forgive ourselves but actually deny our wrong doing. And if they know it's safe 10 years later when they see you work, you write, you move away, you see other people and know you probably don't care about them anymore, they send a fucking Facebook invite to you, that young woman they almost killed just because their dicks were itchy.

And because most women will die with no laid, they stay with their husbands like that so there's another happy couple with some happy family pictures on Facebook.

PS You are kind to link me. Kind and brave.

That's what I see on the Fifth Street cross Broadway everyday...

Our unresolved shit, is the resting pigeons hanging out on the trench inbetween cars coming...

PS I think you are kinder to actually comment...

PS Well, I like your blog and this is a good way of showing it, yes?

That makes two of us. And by two of us I mean you.