I'm one of those lame chicks that wear a pair of big ass Jackie O sunglasses at Ralph's. Hipster? Tacky? FOB? Words! I don't care what you think dude! You have no idea how I feel. There're times I can't face the world. I don't want anybody to see me and I don't want to look at anybody while I need a pack of hot and spicy chicken wings and a bottle of lime Jose Cuervo Citrico so badly.

When the memory attacks; when I forget where I am and wonder where Grass-eater is; when his kisses fly from my big window to my lips; when his "sweetheart"'s, "your beautiful face"'s, "I really like you" race through the early winter night breeze of Downtown to my ears; when he kisses me right in front of his security guard with his suitcases before flying out of town... I'm not alive. I'm in another dimension, the forbidden space when our passion resides. Time does not pass. He is right here, right with me, right now. He comes back. He never changes. He is still waiting for me to visit him in his loft. He has done the trash already. There is neither take-out boxes nor foam cups in the bin. He's just gottan back from the gym and taken a shower. He smiles in his dark jacket after a hair cut that he thinks a little too short by a business contact and finds me in the crowd... [Shit I hit the glass on my window, ouch! WTF!] 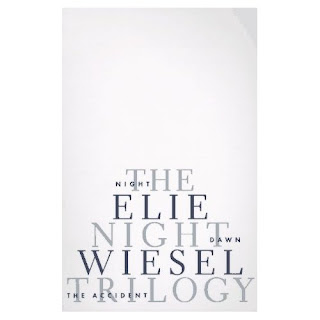 When you press me to your heart
I'm in a world apart,
A world where roses bloom

And when you speak,
angels sing from above
Everyday words seem to turn into love songs

Has anybody read the Nobel Prize winner Eli Wiesel not introduced by Oprah? The Night Trilogy has a scene where the Jewish guy was walking with his wife in the city near a theater after he escaped from the halocaust, and he couldn't remember what things happened first and what later. They just all came up. He wrote it exactly like his consciousness was experiencing all of them the same time.

BTW, Obama and Bert Green get play on Downtown Chick's presidential poll. I'm a bit surprised with Steve Lopez. You guys don't like Steve Lopez's series on Downtown? I actually thought that was pretty good...
Posted by .

A good trick I do is to all the time walk indoors with sunglasses. This way people think I'm mysterious and have something to hide, but the only thing I'm hiding is the black eye my girlfriend gave me.

After the N-word, the next thing they start giving out tickets in L.A. is the indoor sunglasses Frank...

What mystery must lurk beneath...

that which lurks within the creator of the juxtaposition…

And what will that be?

I remember the first book of Eli Wiesel that I read, it was junior high and then I read the other books of the triology in college, can you imagine?

Night was so short, but disturbing. It sticks out in my mind the most...ok wait, there is an Oprah intro version to that ...no way. I just had to google how to spell Oprah...but hey if it gets people reading...no I'll still make fun of it, but that's still good if people are reading.

I wear big Jackie O sunglasses all of the time. My eyes don't even remember what street lamp glare feels like.

I agree. As long as people read, Downtown Chick is up to run her reading list by the mentally disturbed... It's all good, and I won't spend $1,000,000 to eliminate the N-word from the dictionaries so students of our generation can't study the racial trauma about the word anymore. In fact, I don't really have $1,000,000...

Eli Wiesel is a bad ass. He really writes as how the traumatized do; not just *about* how they do, but actually exactly *as* how they do. Any authors that are unpretentious, genuine and put themselves just "out there" deserve some props because not all authors have the brain and balls to do that.

What I know is, Downtown Chick's eyes and Browne's eyes will never meet. That's for sure hah!

That "mystery" -- too complex and forbidding to "deconstruct" here...

"It's all good, and I won't spend $1,000,000 to eliminate the N-word from the dictionaries so students of our generation can't study the racial trauma about the word anymore." Downtown Chick

Wait, is this happening? That's crazy if that is happening. I'm very against that happening. I know it's disturbing, but pretending like it's a word that wasn't used is even more disturbing.

Anyways, I think the new N-word is the word urban.

These old dudes are always late on the hip new racial slurs.

I'm waiting for someone to call me the N-word. Not the actual word, but actually like, "Shut up you n-word!!" Not realizing it was short polite abbreviaton for an actually complete word.

Efforts by the civil rights leaders and their sponsors:

But then there can only be 26 short polite abbreviations that max for all the slurs Browne, may not be enough to cover all...

I'm a half assed black person.

I totally missed that, maybe it's because I am a "half" black person, but the other half is just as prone to racial slurs, though it does not have the distinction of the according to the NY Times article, "The most offensive slur in the English language." At least I'm a little of the most of something. That's still some what of an accomplishment. Of course I didn't do anything, but be born offensive, but lucky me on that one.

Oh actually the removal of the word from dictionary story is here, sorry:

"Roy Miller campaigned successfully in 1994 for the removal of the word from a popular US dictionary published by Funk & Wagnalls.

"At its worst, the N-word is the ultimate form of disrespect against black people. It is a dangerous snake which is liable to bite," he told the Guardian.

He said black entertainers were drawn to using it for money, "but no amount of money will make up for the damage it causes".

I'm a literature major. I studied semiology. I'm very interested in how meanings are signified by signs. What disappoints me is the reasoning behind these civil rights leaders' efforts. Damage does not happen when a word is said. Damage happens when a word is allowed to exercise its destructive power by *the people who grant it*, not by the word itself. Words are words.

I almost thought copies of S/Z should be given out free of charge to anybody in civil rights movements so we can gain a clearer perspective of the relationship between language and oppression. How it's formed, where it starts and what can be done. But who am I to say anything. It's written by a white guy, that's what they'll argue, right?

I remember I heard a quote by the Founder of the Downtown Women's Center. We were talking about how you sometimes need to tell a woman to take a shower when she comes in to the center. It's hard. How do you do that? Then somebody told the Founder of the place once said, "as long as you're saying it with compassion, you can say anything. Anything."

That's basically the condition of utterances. It's not about what you say, but how you say it.

Although it seems simplistic to say it, the aphorism "sticks and stones will break my bones, but words will never harm me" has some truth to it.

That said, some language functions are performative, i.e., the utterance is the act ["I promise," "Strike three!"] In Chaplinsky v. New Hampshire the court created the "fighting words" doctrine that gave this function legal standing.

So...is using the "N" word ever used for this purpose -- as an action that is intended to bring about harm? Sure...sometimes!

Is it ever used in other contexts without this intent> Sure...sometimes!

DTC is right...the intent [along with the context] makes the difference.

But censoring a dictionary?! Shit! that's merely an attempt to avoid offending people, and "offense" is NOT EVER a "harm"! And while "harm" is necessarily morally problematic, "offense" NEVER is. Offense is a matter for etiquette and aesthetics -- and those are different beasts than ethics.

This's something dysfunctional about American society for which I feel sorry: the "nice people syndrome". Can't they accept not everybody under the sun likes them and stop adapting so nothing stupid like this dictionary censorship takes place? This kind of American anal retentive adaptor's "I don't want to offend anybody and I can't deal with confrontation" phobia in the current racial politics offends me more than any word I can think of. This unhealthy mental habit is very unique about the generic liberal educated middle-or-upper-class population. I feel like living among a cross-country Adaptaholic Anonymous here. Unbelievable. I feel I can't count on anybody to even think critically anymore. It's worse than disagreements.

To the post-modern dysfunctional: God dang it, you can still be nice and take a stand dude!