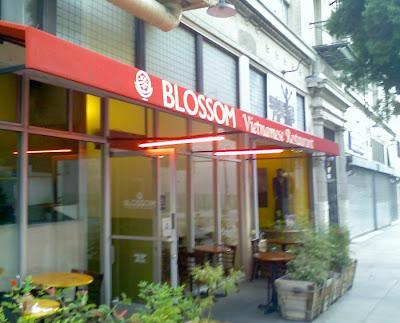 Okay, it's raining these days. I want a bowl of warm soup noodles.

If you're serious about pho, there's no way you'll call Blossom a place for it. The noodles're served not even acceptably hot. Isn't the soup supposed to be hot enough to soak the rare beef to tender?! And then, the soup, three alphabets: [check this out, Downtown Chick rapping] the M the S the pungent G! (All photos by Mike L., yelp.com) 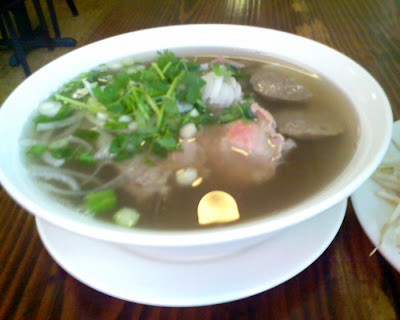 I always like pho for it's simplicity. Simple, healthy soup noodles with lean meat. There's no secret about the sprouts, mint and chili. Every place gets the same veggies. So what really makes a difference are the noodles, soup and meat. 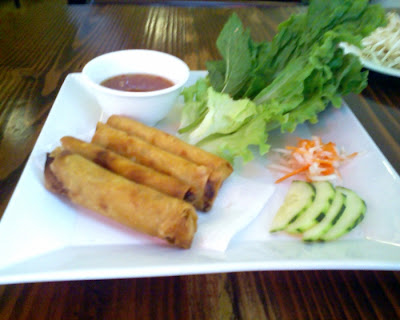 So I almost wonder if Blossom puts sugar to the soup. What kind of pho soup is that? It tastes like some kind of a mixture of unknown condiments but where's the original meat taste supposed to be inherent in the broth? Yuck. I think something's missing there. 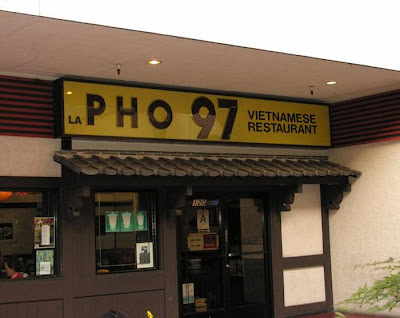 If you haven't tried 79 yet: Do yourself a favor: go to Pho 79 in Chinatown (strangely the sign reads "Pho 97" but it's really "79")(on Broadway) for even cheaper noodles and rolls by all means if you're being a responsible adult to your stomach which will house some nice warm Vietnamese beef noodles on a rainy night in Downtown. So much better. No comparison in this comparison sheesh.