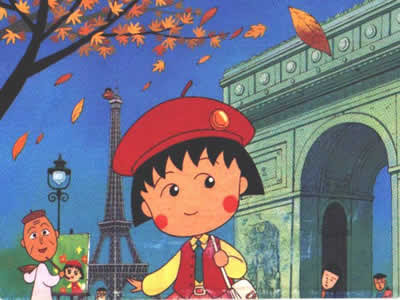 See, there’s a saying that a woman in love is the most beautiful. Although a coyote bit me when I was a kid; I never had any self-esteem because of my soles suffering from acne rosacea big time when in grade school; the fat English teacher even slept with my high school sweetheart, I decide to forget the past, regain faith in life and fall in love again. You know I’m a Francophile. This time, I went to Paris, the city of love, to find the man of my dream, and I did.

You all know Sarko married Carlo Bruni. Fuck him, not that he married an ex-model. I don’t have a problem with men marrying ex-models. Ex-models are always hotter even if they have stitches in their hair and pig ass fat in their lips which you can’t wait to kiss. The reason why he’s lame is he married his rebound. Now, I am very serious about relationships and respect marriage a lot. Marriage is a lifelong commitment. Marriage should only be about legitimately getting your hand on that ass that has been turning you away (and fucking other dicks on your back) for the reasons of hell inducing premarital sex or “taking it slow”, free labor to produce and raise offspring carrying your noble French blood by a woman who has nothing else to do, sharing mortgage payments, claiming your wife as a dependent to save on tax, fabricating a sense of security / contentment when you’re too old to even drive a Volvo, proving to Dad you’re not gay and looking good in front of the citizens of France, but never getting over a recent divorce with another ex-model. I completely lost respect for that man and must move on. I’m a great girl even with acne scar on her soles. I have a lot to offer a man. I’m too good for him.

So I was walking under the Arc de Triomphe in my tight blue jeans and patent leather ballerina flats on the top of the Champs Elysees. A guy wearing a Gap sweater came to me.

“Hey cutie, how’re you doin’?” He winked at me like the Italian guy in Friends.

“Oh come on, I didn’t take French. What’re you doing here by yourself?” He did not leave.

“Je viens a Paris pour trouver mon amant. J’ai rompu avec mon ami. (I come to Paris to find a lover. I have broken up with someone.)” I politely answered because I was in France.

“Well I brought some Netflix over here. We can watch it on my Macbook Pro in my beat up hotel room in Pigale? They have just put some water buckets on the floor so the leaks through the ceiling are under control now.” He opened his Jansport backpack and grasped two red Netflix envelops out to show me.

“You brought your Netflix here to Paris from the U.S.?” Weirdo. I took a look at the DVDs. They’re Paris, je t’aime and La Vie en Rose. I’d seen both already.

“I’m okay, thanks. I actually want some Starbucks.” I know. I’m addicted. What can I say.

“Oh really? Yeah me too, let’s go get two cups of Frappuccino!” It was a big smile on his face when he heard me saying the word “S-t-a-r-b-u-c-k-s”. It’s like a spell. There's only one in Champ Elysees.

“Me too, where in Los Angeles?”

“Me too. You’re not a stalker right?”

“Do you know Downtown Chick?”

Now THIS’s an interesting guy. I started to see something special in him. Smarty pants. “Aw, that’s me dude,” I said.

“What?! You’re Downtown Chick? No way…! Are you really?” He couldn’t close his mouth.

“No, no… I believe you. Wow, I mean, WOW, you’re really Downtown Chick huh? God, you look gorgeous!”

“Aw, yeah.” This must be a joke. I spent $1,000 on Priceline.com on a return ticket to fly all the way here to Paris to meet a dude from Downtown? I must be scammed. We should just immediately stop talking to make my ticket worth it.

“Well can I take you out for dinner or something? I mean, I have a lot to talk about with you! We can go to Quick.”

The same thing happened to me when I went to Baja California to find a prostitute. I propositioned a stripper and she asked me, "frank? Of frankly written?" I gave a muffled "no, that guy's a hack" through her breasts, but she saw me crossing my fingers behind my back.

"I'm from LA, too!" She said enthusiastically while undressing me.

"Wanna have dinner after this?"

"No, once is enough for me, thanks," I said, again muffled but not through her breasts.

Long story short, I now have thirteen types of syphilis.

Oh Frank, no you don�t have thirteen types of syphilis. Even if you did, that has nothing to do with Frankly Written. Don�t keep sleeping with strippers. Write more.
:-)

I was very delighted to locate this internet site.I needed to say thanks to you with regard to this wonderful go through!! I absolutely enjoyed each little little bit of it and We have you bookmarked to check out new things you post.

found your site on del.icio.us today and really liked it.. i bookmarked it and will be back to check it out some more later