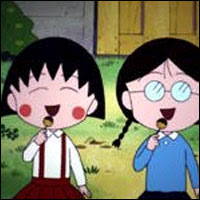 I came back to Downtown with the American guy I met in Paris. But see, the thing is, when you're with someone from a different background, like, an extremely successful porn star in Los Angeles, namely, my new boyfriend, Joe, it's really hard to eat with him. I have no idea what those weird low this low that 0 trans fat things in his fridge are. He said, in order to keep his smoking hot ass and perfect cock in shape, he needed to work out 5 hours a day and only eat organic everything like everybody in California. So when he opened my fridge and found those frogs, chicken feet and pig kidneys, his calls kind of slowed down. Yeah, I know. I'm disgusting. But come on, I only eat snake gulls every other year. The rest of the year, I want these Hong Kong food better than a meal in Ortolan. 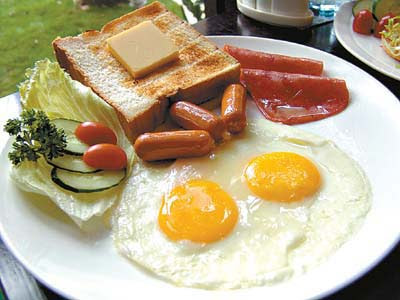 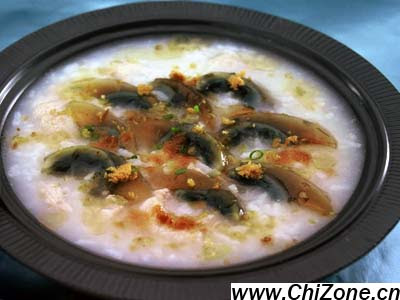 1000 years old egg and pork congee. Can make at home. Takes about 45 minutes in a clean morning after a dirty night. 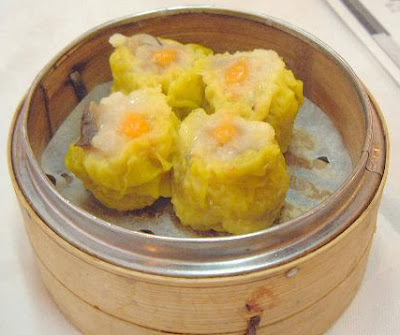 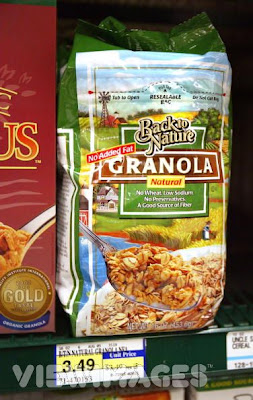 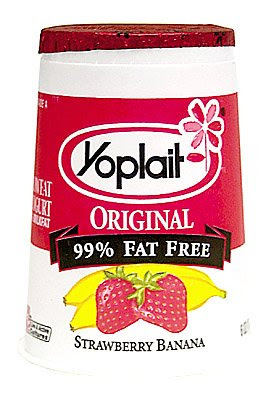 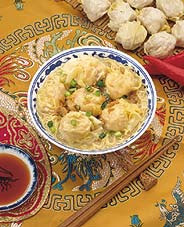 Shrimp wonton. A piece of cake. Can make at home. 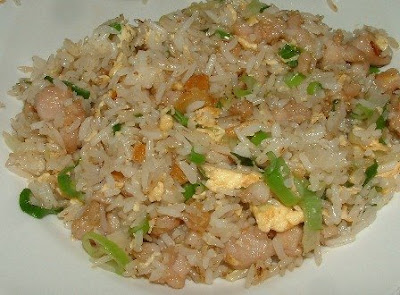 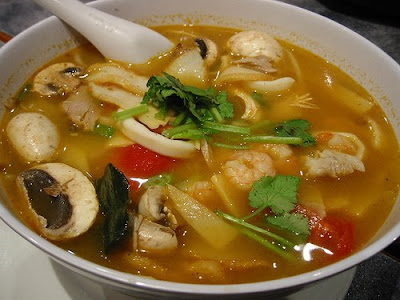 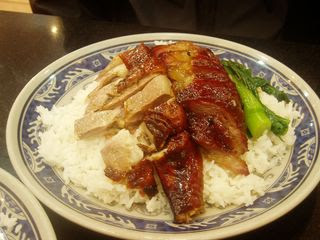 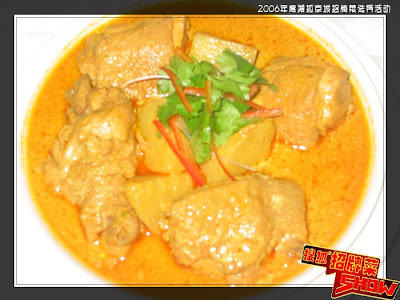 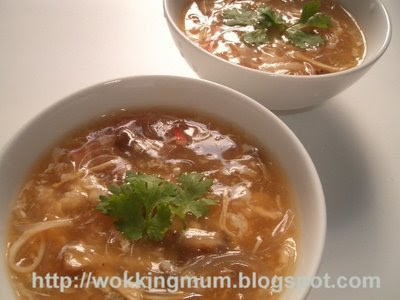 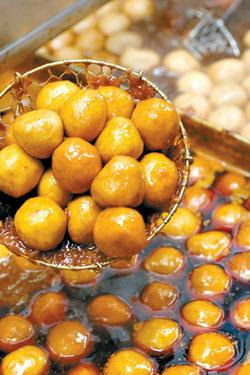 Curry fish balls. Must go cha chan tang. Cannot make at home unless you have hours to sink the fishballs in the rice cooker.

A simple salad, preferably spring mix with Italian or blue cheese dressing, no ranch or 1000 island please. My no-brainer. 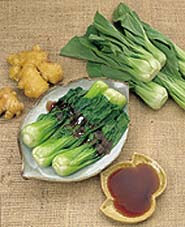 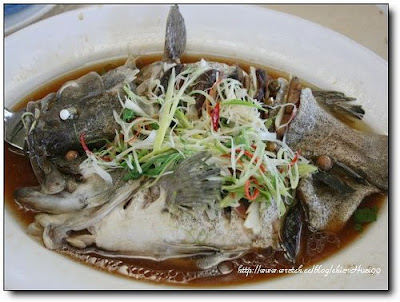 Steamed garrupa with ginger and green onion. My no brainer. 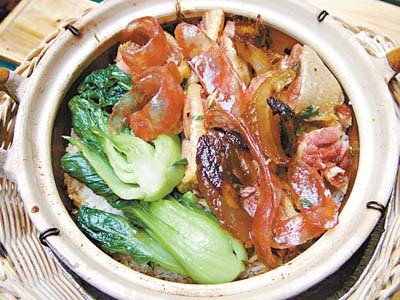 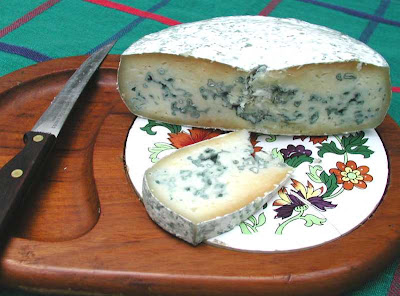 Cheese. Usually get it from Downtown's Ralph's.

Fried chestnuts. Can buy at the entrance of Chinese or Japanese supermarkets.
Posted by . 8 comments:

Racial slurs, Chinese aliens made me say this

Okay, Downtownchick disappeared for a little while because one of these late spring nights in Downtown, she was abducted by Chinese aliens. Oy? You think aliens don't have nationalities? Dude you gotta be kiddin'... Of course aliens have nationalities... Nationalism is damn hot together with that world focus on 2008 Olympics these days. I was just so very fortunate enough to be abducted by the GREATEST race in the world: Chinese! Here's a piece of writing I found on my text editor after I came back to the real world. What was happening when I was writing it? No idea. But let's see what it says here...:

1. Chinese people are the most advanced race in the universe. We invented the gunpowder, compass, paper making, printing, drum, spaghetti, capitalism in disguise of communism, 10% restaurant tips tradition in America, buying our moms a big ass mini van in San Gabriel Valley without her knowing how to drive it on the 10 Fwy, drinking French wine with Sprite, Scottish whiskey with green tea, B-grade Vuitton... Deal with it. We revolutionize the human species. Suck my Chinese dick.

2. Remember Moscow, Poland, Hungary, Slovakia, Czech, Vienna, Korea, Baghdad, Damascus, Burma were also invaded / conquered by Mongalian people in the 13th & 14th Century? Well, strictly speaking, we don't normally consider the Mongalian king a proper Chinese king but since we the Maoist Communists are so fucking loving and accepting, we're gonna recognize his footprints for once. Now, only for once, okay? We're really doing you a favor just so we can make you realize nowadays Tibet, Taiwan, Eastern Europe, Middle East, Southeast Asia all belong to China. No, I didn't make a mistake. That's right. ALL of them. What? We subsidize your young people to learn Mandarin and get into Chinese universities to learn about communism and shit, you mean you don't thank us for that? Hm, traitors! Seperatists! We so will put Chairman Hu's portraits in place of your Buddhas and Christs and just shoot you. Lives are the last thing we care about. We got 13 billion of them. Budge or die, bleh!

4. We so can burn down your 122 Carrefour's and KFC's in China if Sarkozy and Bush don't kiss our asses in the Olympics opening. French supermarket Carrefour faces wrath of Chinese protesters Boycott? Hah, you must be joking. Chinese people don't boycott. We actually haven't had that much economic power to boycott anyone yet but we can hack into your computer, post your personal information on the Internet, find your parents in Qingdao, break their plants and decorations at the door and leave them a bucket of feces on the doorsteps like for the Duke bitch. Duke University Student Threatened After Protest If she comes home to China from America, she's dead meat, I guarantee you.

5. Let's just cut to the chase. Jack Cafferty is the greatest chance for us to actually get back at CNN and BCC cuz he's a fucking idiot to call us "goons and thugs" on national TV although some of us undoubtedly are, but let's not get into that. How to seize this opportunity? Well, I won't even bother to protest on Sunset Blvd this weekend in front of CNN. We can't do shit in America unlike in Lhasa anyway. Yes, we staged the riot in Lhasa with Chinese policemen and shit but really, we're peace-loving Chinese folks who prefer killing monks and nuns for the perfectly legitimate reasons of territorial integrity and the love of Tibetans, not goons and thugs. (photo) China Regime Implicated in Staging Violence in Tibet Protest Why were 1.2 million Tibetans killed in the past 50 years and did Tibetan artists disappear? Leading Tibetan Writer, Performer, Producer Arrested Dude, you foreigners don't understand. Chinese history is very complicated. Just shut up but stop calling me goons and thugs okay? We're peaceful Chinese Olympic torch bearers only. 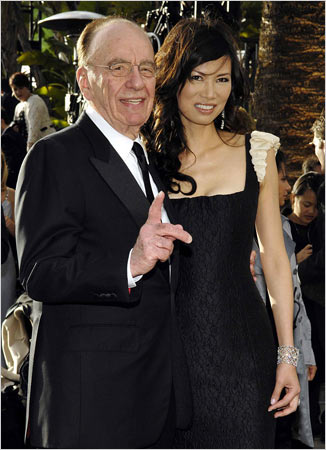 6. We produce the most beautiful and smartest daughters in the world. We will sleep with you as long as you can get us somewhere even if your children are older than us.

Wendi Murdoch is an international success of how even a not-that-hot Chinese woman can still cheat with a married guy 30 years older than her to first take her out of the country then score an even more successful, global media tycoon 38 years older than her in a month after their first meeting. Zhang Ziyi is another great example. By hook or by crook. Hm? What? Shame? Is that a joke? There's no shame! Oh, but yes, there is a difference when it comes to hot Western women, yes, yes. We will actually get a degree from Yale and Columbia before we kick you to the curb when Anna Nicole Smith and Melania Trump are normally busy with being sedated on the surgeon's bed cuz we're smart too. But do we love you? Hm, again, let's not get into that. The bottom line is, we don't really care who you are, how old you are, what race, man or women, how much hair, whale or guerrila, married or herpes, gay or straight. We'll even have orgies with 10 buffalos in the mud if that's what it takes. Won't even think twice. We just want our air tickets, visas, degrees, jobs and money so we don't have to share the same bunk bed with our moms and 7 other siblings in rural China anymore. That's pretty much it. Take it or leave it for the next idiot.

Ah! The Chinese aliens! Scary shit isn't it? Thank myself for letting this out of my disturbed Chinese chest. Hm? What? Thank you? Why do you even dream of that I have to thank you for reading this? Remember? Chinese people are the best! Without us, you're nobody!