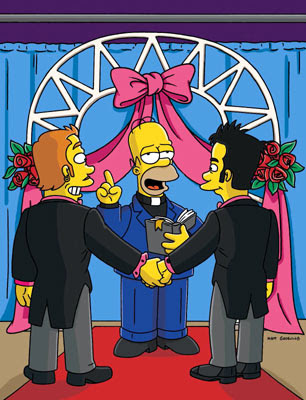 Well, yeah, hot? That’s what *you* thought. Try checking your Yahoo! Mail and seeing the adultfriendfinder.com banner ad with another naked young hot women holding his beautiful perfect dick on every single webpage you load, watching the TV commercials on E! Channel with him making out with different women that barely wear anything on national TV, or reading his impressive portfolio of sex pictures with like 2,000 chicks in Hollywood, Van Nuys, Santa Ana, Vegas, Milan, Amsterdam, Tokyo, Manila, Bangkok, Saigon, Taipei, Shenzhen first, then we can talk! The same hand on the pictures, with the same big knuckles that touch my body the same way he used on all those women. That OC chick has bigger boobs. That Van Nuys chick has longer legs. That Palos Verde chick has more money than all people I know added up together do. That Burbank chick can do nothing but take his entire thing all the way in to her throat. God, is she a human being or a giraffe?! I feel certain amount of pressure to represent our hood, Downtown, among all these women. I walk around Joe’s home. There’re all dongs, vibrating eggs, 12” rabbits and skanky lady’s lingerie. What should I do with them?

So I did what most dysfunctional women did in this situation: I started to contemplate how to fuck things up. You know how it is? When things’re going too well, we start freaking out and throwing up everything we eat. My mom told me I was fat and stupid so I’d better marry that skinny nerd in my highschool who fixed my first PC, wore a pair of 2-lb eyeglasses and could never find a girlfriend cuz the nerd was my best shot already. Dating the biggest porn star in the world? Are you kidding me? Who would anyone wanna date me except a man who couldn’t get an erection? Any men that could actually get it up must be like Grass-eater. They just wanted my ass then marry other wonderful beautiful rich women. I knew. I just knew. Don’t even try arguing with me.

In order for me to be a complete jerk to Joe, I had spent almost two months on strategizing the best way to frighten him. I wasn’t gonna just pick on him or get with other men. Those things were too obvious. He’d figure it out right away and just hold me in his arms. Then it’d be all over. I must think of a perfect plan to completely convince him we’re not made for each other.

My God, thank you for my ancestors’ intelligence. I found my fate in my “root”: Chinese fortune telling!

So we drove all the way to the Far East on the 10 Fwy to visit this famous prophet my girlfriend recommended on one of those days when it’s 100 degrees outside. Almost melted me! You’d think it’s some little old blind Chinese guy in black ancient Chinese men’s clothes and a little hat with a little stub on the top with an abacus, a turtle shell and some copper coins in his hand in a room full of beautiful antiques and bird cages just like in Hollywood movies right? No! Instead, it’s that man in a Ralph Lauren polo shirt, slacks with a Vaio laptop in an office in a strip mall.

“Are we made for each other?” So we asked the prophet.

“Hm, let me see…” He took down our birthday dates and times and crunch some numbers on his program with his Vaio.

“Prophet, do you see anything?”

A hat?!” We looked at each other. Joe didn’t wear hat that often unless he went to watch the Lakers with other guys. I think caps and beer’re some kind of a guy’s thing. It’s like handbags.

The prophet continued, “And porridge.” 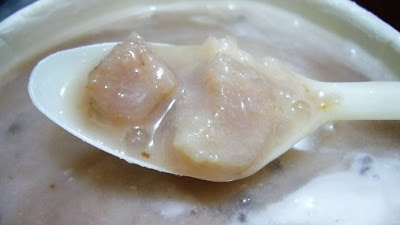 Porridge? What kind? Like rice porridge with pork or desert green bean porridge? How’bout iced taro tiny tapioca porridge? A man’s hat and porridge? This prophet was really helpful, wasn’t he? I was just pondering if we should just leave put down five bucks and go get some boba next door, heh.

But Joe seemed quite curious. He asked the prophet, “So, she was a hat and I was some porridge? Is that something like that?” Sounded like some destined love between us, didn’t it?

The prophet turned his head and frowned, “No…”

“Uh huh. And what was it then? Are we made for each other?”

“She sold porridge 100 years ago. She grew oranges and made congee for railway workers in the street. Actually it should be ‘he’. She was a man before.” The prophet pointed at me.

“And what does the hat do anything with it?”

“You were the biggest journalist in a tall hat and a suit. You wrote gossips about local rich people and celebrities here. You saw her in the street, no, him, when he was selling congee. Suddenly you thought, ‘Oh, look at that China man! So cute!’ You went to pick him up but he was scared of you. You then introduced yourself as the biggest local entertainment journalist…”

Okay, I was feeling really strange. We’re sharing a gay story with this Vaio guy in Diamond Bar now. I couldn’t handle it. Interracial same-sex relationship 100 years ago? Are you kidding me? Wow! My face started burning.

But the prophet seemed very satisfied with his liberal revelation of our forbidden love in the past. He continued, “So, he followed you back to your Victorian house in Silverlake. Once he stepped into your house, he freaked out.”

“Why’d I freak out?” I asked the prophet.

“Cuz you saw his pictures with other beautiful women.”

“Yeah but I thought I was the porridge guy. Apples and oranges.”

“Ma'am, you still freaked out.”

“So what happened to us eventually?”

“Well, since nobody knew what happened between this white man and this Chinese guy, you became happily in the closet. You never wanted to get married like people do nowadays.”

I think I forgot to take my drugs. Hah! Happy Memorial Day everybody!