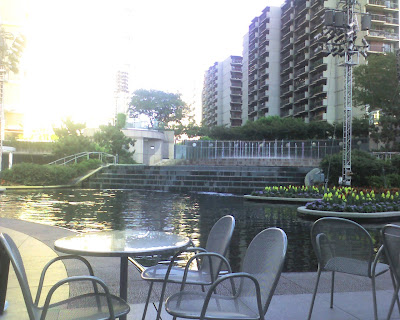 Once upon a time, there's a city called Los Angeles. At the center of it, we have its Downtown. 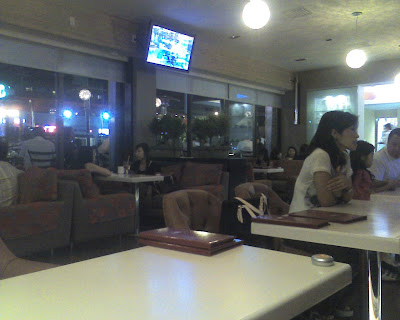 Ah, sorry, forgot to tell ya, despite I wrote "once upon a time", there's actually been quite a long time since the beginning of LA's history right now already, like, 2050. So, that "once upon a time" I was saying was actually some time in approximately the first decade of the 21st C. Not recent, no no. 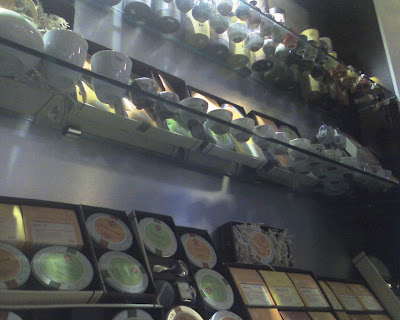 So what did we have there in Downtown? Unlike many historic stories, but also just like any stories, we had pretty well-paid people working in Bunker Hill, sipping their Starbucks coffee and looking at the water pond on a nice early autumn day. There used to be a chick called Downtown Chick that worked in the corporate Downtown too who later quit her boring day job but moved to Downtown. She came to the United States from Asia a few years prior to her imprisonment in that little cubicle somewhere in California Plaza and found her first job in Los Angeles in the jewelry district selling diamonds. Yeah, you know that kind of expensive natural stones poor people in other countries lost their lives for. The security guys of the building where Downtown Chick worked liked flirting with her. They sometimes called her up at the middle of the day and asked, "hey, there's a dead body right across the street (they meant in the Pershing Square), you wanna see it before the police comes?" She'd be like, "what the fuck?!" Without a driver's license, she always took the metro had to pass some crazy guys on Broadway and Hill on the way to work in the morning. She had not seen any men wearing decent suits which she was familiar with in her hometown a long time. She also never had a bank account or a credit card because she got her petty salary paid under the table and would buy money orders for $0.65 a piece at the Mexican supermarkets in El Monte to pay her bills. 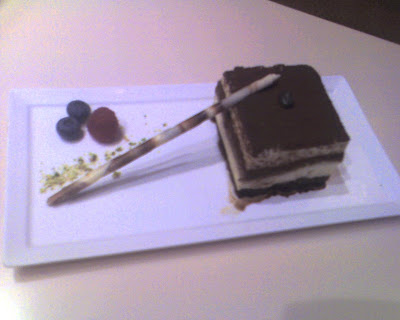 Just like anybody who gave up her everything for whatever reason you name it to flee to a foreign country, one day, she saw prosperity on the day she needed a bank account and hiked up to Bunker Hill from Hill Street during lunch hour. She saw tall buildings, men in suits and clean streets. She then said to herself, "This's nice. I'm gonna leave the crazy dirty diamond place and work here!" Now this story is getting very boring and you probably can figure what happened later so I'm gonna cut to the chase: now, she's having dessert in this fancy fobby Haus "Dessert Boutique" in Koreatown. They had those little "airplane" buttons at the corner of the table so you could press "call", "bill", "check" waiting for the staff to walk by. $8 for a cup of coffee. What kind of coffee costs $8 a cup before tax?! Well, apparently, luxury coffee. So hip modern interior design with Asian accents like powdery colors and stranglers, beautiful tea tools on the shelves, fantastic tiramisu with the bottom part of the cake soaked with so-damn-strong good coffee and very tasty cream over the quattroberry cake (overall not so good; the cake is made too hard; she'd had better elsewhere) made by Korean baker made a check definitely enough to feed an entire family and Downtown Chick wondered: "let's say in 50 years, will it get easier for the crazy guys at the station and the guys stabbed to death on the alleys in K-town eventually?" 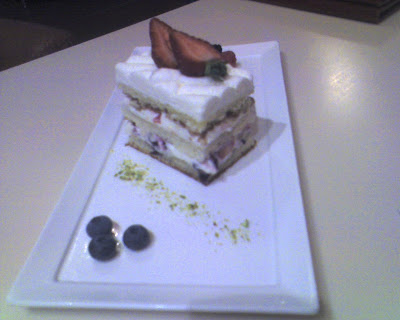 The answer to her question? Of course I know but I'm not gonna tell you. Readers, you need to witness the rise and fall of this one-of-the-biggest-cities-in-the-US to know the ending. Sit tight.

P.S., the author is getting very sad to see hunger and violence along with the increase of energy, food prices these days.
Posted by .

I was clueless that there was a great deal to know about blog. Now I want to drop by your blog more regularly to see what other things there are here!


May I just say what a relief to uncover an individual who really knows what they're discussing on the internet. You certainly realize how to bring a problem to light and make it important. More and more people have to look at this and understand this side of the story. I was surprised that you're not more popular given that you surely possess the gift. gmail email login