Who would deliver at four o'clock in the morning if you don't have a masochist girlfriend? 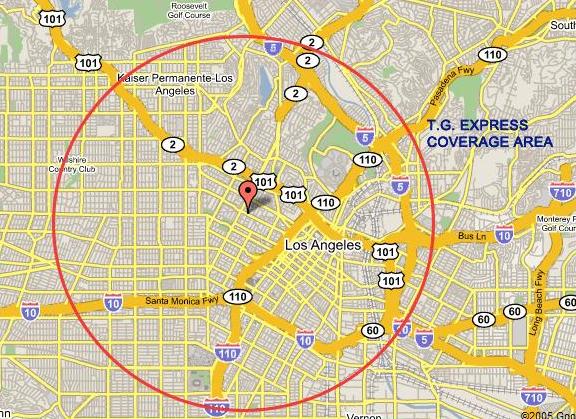 Well, chances are, most of you are not into perverted dominance. So what do you do when you are starving at four o'clock in the morning do not want to go out? Nobody is going to pick up your stupid phone call and bring you a box of hot rice, you know that. So the answer is: T.G. Express.

Do I remember the first time I went to Ko Samui and tasted the most amazing fresh Thai fried rice with fresh meat and vegetables when I was still naive and young? Well, no, not really, heh! What do you expect? That was like past life. But do I still remember the amazing Thai restaurant right next to the Malaysian restaurant opposite to Club 64 in Lan Kwai Fong in Central, Hong Kong, before the Communists took Hong Kong back? Hell yeah! And that Chinese guy behind his heavy prescription eyeglasses made fucking amazing Thai fried rice too! Oh my God! That's like when you lose your virginity! You can never forget that! That simple beef with herbs, especially that kind of Thai-specific little bamboo. Jeez, gave me an orgasm! So what Thai food do we have over here?

Before I moved to DT, I lived in Alhambra for years. One of the weekly practice I religiously retained in Alhambra was to go to U2 Cafe on Valley for their Thai seafood soup noodles (which later on was known as "Sika Cafe" for a short period of time). That's just one of the things that kept me moving with no meaningful relationship, no goal and no future in a small Chinese town. I just felt at home when I tasted that perfectly prepared healthy, low-fat spicy noodles with lots of goodies like big shrimp, fish, scallops, pineapples and tomatoes. I was just hanging in there in Alhambra (15 minutes driving time from DT if no traffic). I had nowhere to go to psychologically. That's what spice is for. 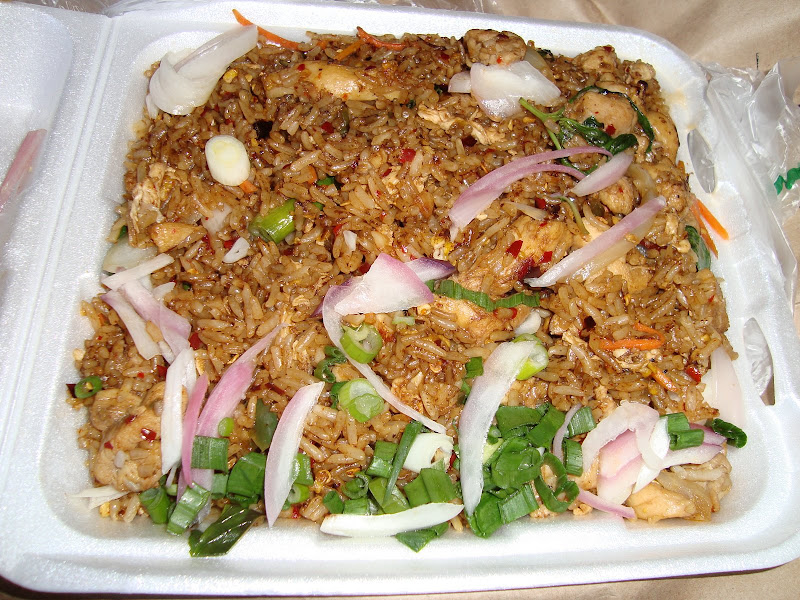 Then here it comes with the closing down. None of the Hong Kong style cafes survived except Garden and Regent it seems like. They keep changing hands. My favorite Thai noodles from that non-Thai place actually went away too. That ignited no desire for me to travel back to "China" from Downtown anymore. I stayed with Ralph's for grocery most of the time. Except for friends and work, I do not go back to the Far East again.

Maybe I had bad taste for Thai food, or maybe they cooked really well, I was really impressed with the later-than-Letterman late night delivery for $7.20. Come on, what do you think you can do with $7.20 with tax included these days? That's dirt cheap. A chicken fried rice is enough for me to take care of 3 meals already. No, seriouly, it's giant. It's like they fill the entire foam take-out box completely with fried rice. I was eating light canned soup for $2 or $3 a meal and figured maybe it's actually not a bad deal to have somebody cook for and deliver to me for almost the same amount of money. The only complaint I have is it's for Americans. It's not spicy enough. But overall, I'm very pleased. My neighbor is so cool to know and tell me about it. TG is such a hidden gem. Life saver when I'm not up for making dinner plans these days.