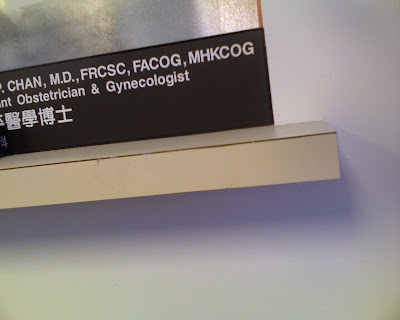 I won't go as far as wanting human parenting and motherhood ceased but I generally have a distaste in them. Instead, I like pet ownership. The only time I am forced to be around so many pregnant women, babies and kids is in this place which I hate going but couldn't skip... Argh... my gynecologist is really good because he sees mostly those crazy immigrant preggies from China and Mexico with only MediCal. Poor people with the least bodily maintenance and most medical problems = good doctor. This Hong Kong guy's office is always packed. Always. He's like the king of preggies in the entire San Gabriel Valley. I've been with him for many years. Honestly every time I come, I can smell many babies and kids stink. Ew!

Love it! We feel the same way.