OMG OMG OMG, I called it! These ultra-leftists are just fucking nuts

What happened: a white girl from Utah, Keziah Daum, wore a Chinese dress to her prom. A Chinese American guy called her out for cultural appropriation. The flame quickly grew from Twitter to the national media. Full story here.

Morale of the story: when it's a white woman, it's cultural appropriation. When it's a black woman, she's either cool or a victim—according to Black Lives Matter and any intersectionality discrimination victim olympics athletes out of their asses.

I'm not saying this stupid white girl is a fashion icon or post-cultural guru. She and her stupid Utah friends seem to have confused China with Thailand, which are in northeast and southeast Asia respectively. Maybe they should consider taking some high school geography lessons before they graduate from high school. I am more offended by the female lack of common sense in the front row and the male doucheness in the back row than anything else. Holy shit, speaking of country pumpkins... 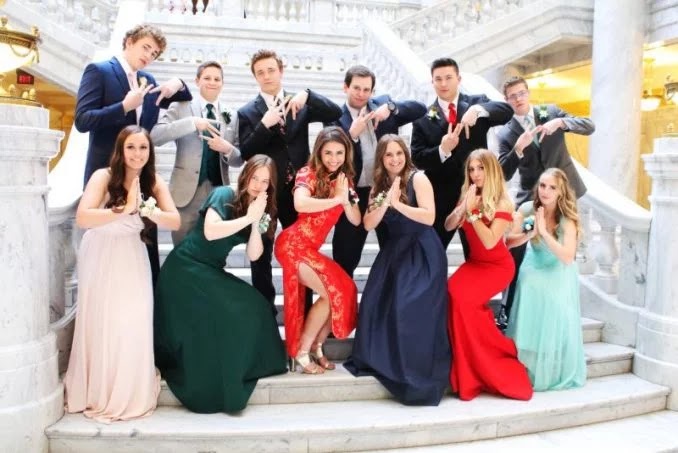